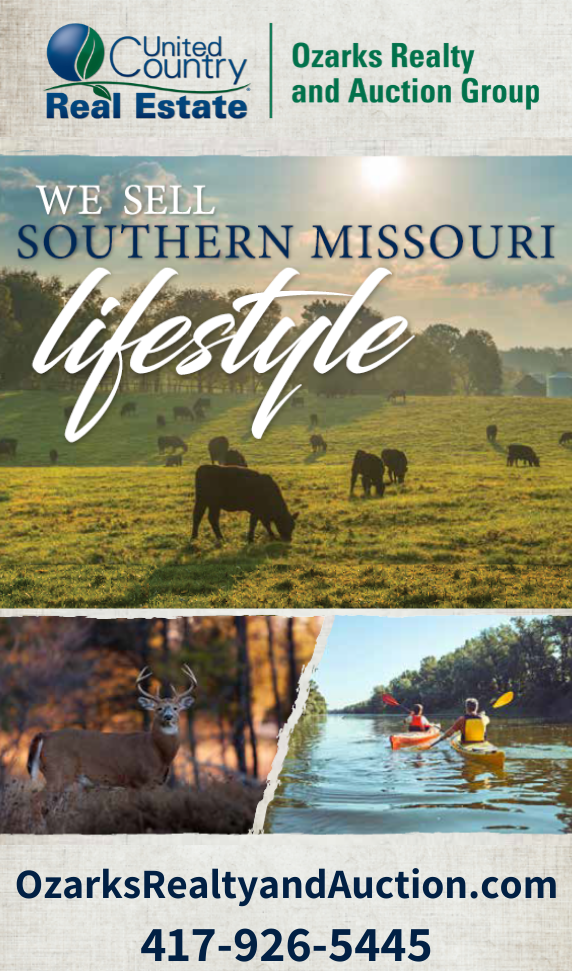 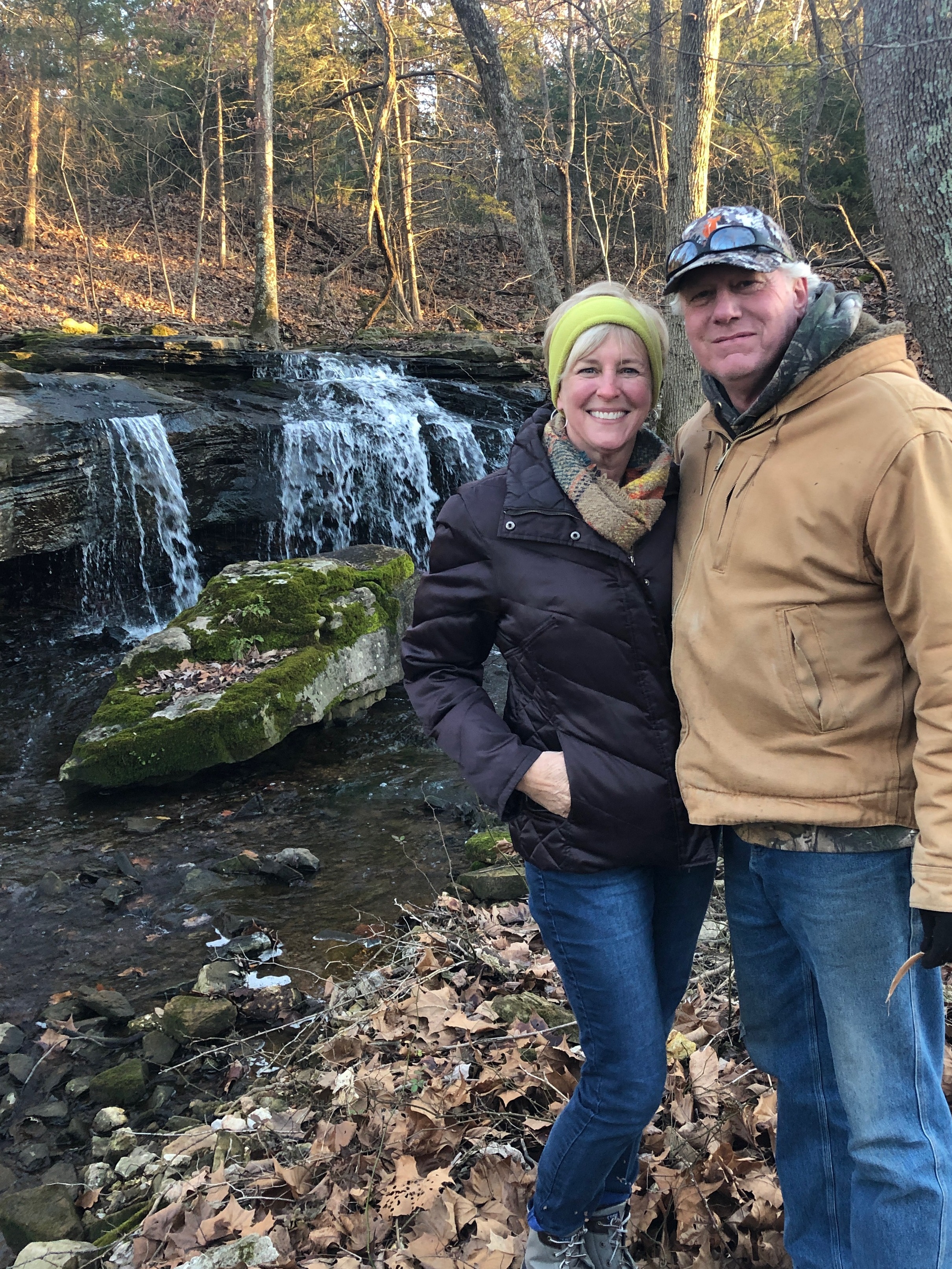 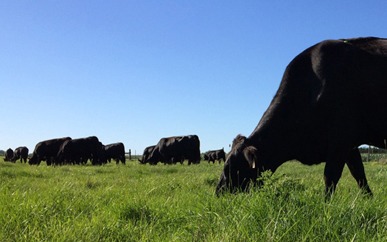 What do you mean ?

Southern Missouri, once thought to be a remote land south of Kansas City and St. Louis, has been discovered as the hidden gem that it has always been.  Over the last decade, Southern Missouri, also known as ‘Missouri Ozarks’ has been in growth mode that is expected to continue for the next decade and beyond.

What are The Ozarks?  It is a mountain plateau that consists of Southern Missouri, Northern Arkansas, and parts of Northeast Oklahoma.  It is the largest mountain region between the Appalachians and the Rockies.  The Ozark Mountains, though beautiful, are more rolling by nature, unlike the Rockies.  One of the biggest attributes to this scenic area is WATER.  Southern Missouri Ozarks has an abundance of ground water and springs, clear running streams, scenic riverways and lakes.  Unlike many parts of the country, you own the water on your land and are not restricted in using your own water.  There are four distinct seasons, but none are extreme.  When it does snow, it is typically gone in a few days.

Who are those relocating to this part of the country?  Families, retirees, those in the agriculture industry, professionals, and entrepreneurs are a large percentage of those moving to this region.

The increase in high speed internet, coupled with the increase in those able to work remotely, has given many the option of relocating to this scenic, affordable, and family-friendly location.  Retirees are moving to the area because of its natural beauty, lower cost of living, quality of life, and temperate climate.  Those in the agricultural industry realize the economic benefits of moving their operations to Southern Missouri.  Some of these benefits include low real estate taxes, plentiful water, and some of the most productive and cost-effective grazing land in the country.  Professionals and entrepreneurs see cutting-edge investment opportunities in a place they can create a thriving business while having a work/life balance for their family, surrounded by recreation and natural beauty.

The Branson and the Tri-Lakes area, combined with Metro Springfield, lead the growth of Southern Missouri.  Branson is more than just the entertainment mecca of the south.  It is home to some of the country’s most pristine lakes and rivers.  It is a perfect location for those that appreciate convenient amenities and access to nature and the outdoors.  Branson is part of the recreational Tri-Lakes area consisting of Table Rock Lake, Bull Shoals Lake, and Lake Taneycomo.

Table Rock Lake was created by the damming of the White River over 50 years ago and extends 79 miles upstream along the White River, which is in Missouri and Arkansas.  You’ll find more than 800 miles of shoreline along Table Rock Lake and over 43,000 acres of surface area, making it a great place for boating, watersports, and fishing.  There are numerous 'fingers' of the lake that create many coves to allow boaters to enjoy the lake in privacy.

If fishing is your hobby, Table Rock Lake is known as one of the top bass fishing lakes of North America, and boasts an abundance of bass, crappie, white bass, catfish, and bluegill. An aggressive fish management program, resulting in an impressive resurgence of largemouth, Kentucky, and smallmouth bass of exceptional size, has allowed the lake to become an exciting destination for all levels of fisherman.

Lake Taneycomo has the appearance of a river and Branson’s shopping and entertainment facility, Branson Landing, is located on this scenic waterway.  Taneycomo’s water comes from the bottom of Table Rock Lake and is very cold.  It is a great place for fishing brown and rainbow trout.

Bull Shoals Lake is an angler’s paradise and extends further east than any of the other lakes.  Enjoy watersports or fishing for species such as largemouth and stripped bass, walleye, crappie and downstream for cutthroat and rainbow trout.

Branson and the Tri-Lakes have a population of approximately 68,000 according to the 2020 census.  Area amenities, lakes, rivers, recreation, and entertainment opportunities make Branson a destination for those wanting convenient amenities with a relaxed elegance that a small-town provides.   This area hosts approximately nine million visitors per year, making it a popular location for investors and entrepreneurs as well.   Area business is in a growth cycle.  According to the Branson Chamber of Commerce, there are approximately $1Billion dollars of projects currently underway in the Branson area.  This Tri-Lakes area is projected to grow steadily through the next decade.

The continued development of Ridgedale, has added a new dimension to the Tri-Lakes/Branson Area.  Johnny Morris, owner of Bass Pro, has created both Top of the Rock and Big Cedar Resort, on Table Rock Lake.  This area is home to resorts and multiple golf courses, including Tiger Woods and Ben Crenshaw courses.   Ridgedale recreation area embraces, and further highlights, the relaxed elegance of Southern Missouri and has introduced many to the attributes of the Missouri Ozarks.

Springfield, Missouri, known as the Ozarks ‘Queen City’ is approx. 45 minutes north of Branson.  Springfield is the 3rd largest city in MO, after St. Louis and Kansas City.  The Metro Springfield area has approximately 467,000 residents.  It is the area’s leader in industry and commerce and has multiple universities and medical centers/medical specialists.  Because Southern Missouri consists of mostly small towns, Springfield is a regional retail hub, which makes it feel much larger than its population would suggest.  Branson and Springfield each have regional airports, with direct jet service and connections to numerous cities.

While Branson/Tri-Lakes and Metro Springfield are seeing the area’s largest growth, South Central Missouri, with its plethora of small towns, is also seeing an increase in population.  This area has multiple medical centers and satellite college campuses/trade schools.  Outdoor recreation and agriculture are its main leading industries.  The areas abundance of affordable grazing land and water are enticing many to move their ranching operations.  Other industries are choosing to move or grow their operations to this region because of the cost-effective land prices and location in the center of the country for product distribution.

Whether you are looking for a more urban feel, with outdoor recreation at your fingertips, or wanting that small-town, family-friendly lifestyle with room to roam, Southern Missouri has it….at an affordable price.  The Missouri Ozarks has been discovered and has an optimistic future.  If you are considering relocating your family or business, consider Southern Missouri.  Whether you are a professional, investor, rancher, retiree, or just wanting your family to get back to basics, give the Missouri Ozarks Lifestyle a try.  It is a welcoming place for those that work hard, play hard and want to live their best life!

Contact me for more information on the area and we will try to put you in touch with someone that has moved here with similar reasons to your own. 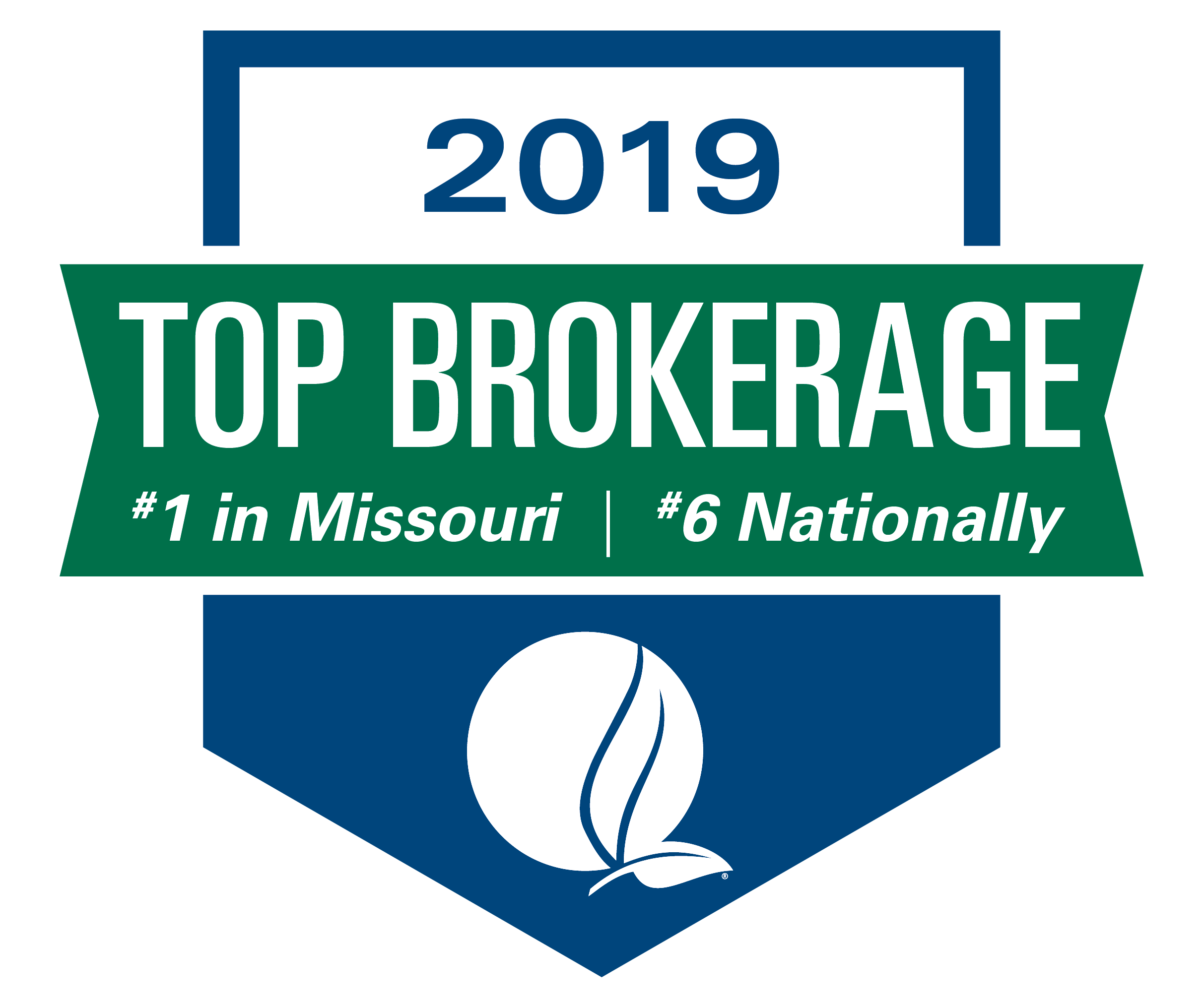 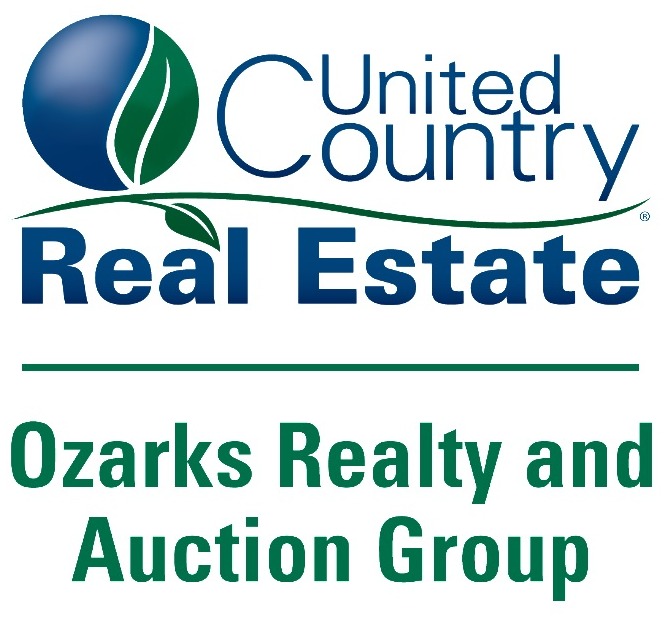 I am sorry it has taken so long for me to send this thank you, but I wanted to let you know how much I appreciate all you have done to help me purchase this property. After so many years living among 'city folk', I find it so very refreshing to be around people that remind me of my family I grew up with. People with pioneering spirit, blessed by hard work and deep faith in themselves and their God. I cannot find anywhere in my memory any harsh or angry words among them, always supportive, always there for council. You all are like that, I think in many ways it feels like I've come home. Thank you, again, so very, very much, Sincerely, DL

Liz, We want to thank you so much for the professional way you handled the sale of the property. You went 'above and beyond' to make it happen! We appreciate everything you did for us, in getting the sale completed! Thank you so much, Liz, and God Bless. J&J

Thank you so much for all of your hard work and help to get our house sold! you were a rock star right from the start and we could not have been happier with our choice in realtors! We are so happy to be home in MN and are quickly getting ready for baby. Everything has turned out great! Thanks again for all you do! The S

Home Contact Search Missouri Property Our Listings About Our Area

Each Office Independently Owned And Operated. The information provided herein is deemed accurate, but subject to errors, omissions, price changes, prior sale or withdrawal. United Real Estate does not guarantee or is anyway responsible for the accuracy or completeness of information, and provides said information without warranties of any kind. Please verify all facts with the affiliate.
Copyright© United Real Estate
Privacy Statement-Terms Of Use

If you are using a screen reader, or having trouble reading this website, please call our Customer Support for help at 800-999-1020 .

Leave a message for Liz